I just spent three blissful days in Point Reyes by myself. It’s funny, when I tell people I’m going away solo—often on a silent retreat—I’ll get gasps and eye pops and “don’t you get lonely?”

The answer is no. In fact, in the beginning it’s quite the opposite. 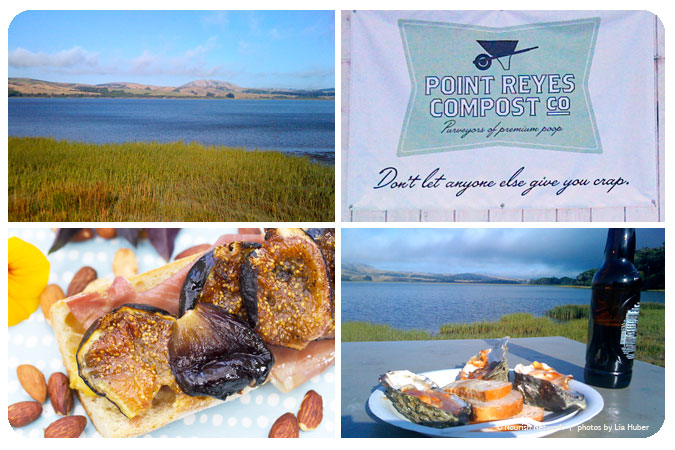 I’ve sought solitude enough now to have discovered that the first step to silence is often a lot of noise. As external distractions diminish, internal chatter becomes a roar. Sometimes, this drives me nuts. On this particular trip, though, I was more like, “huh … interesting.”

And that’s just my voice. I had plenty of others keeping me company too. Brother Lawrence. Jan Chozen Bays. Jesus. Chris Guillebeau (if you haven’t checked out his website or new book yet, do). The silence with which I’d surrounded myself eventually, within a day or so, scrubbed my mind clean—like the ocean scraping back the sand all nice and smooth after a wave has crashed—so that the thoughts sparked by these other voices had room, space, oxygen to ignite.

And ignite they did.

I feel like I’ve had my head down for months and months between launches, conferences, redesigns and the rest of life, and it was a real gift to lift my eyes and see again—clearly—the WHY behind it all.

A total bonus on this trip was how much fun I had. Like belly laugh, big sigh fun. I went for a gorgeous hike up Mount Wittenberg (confession … I wasn’t totally alone on that—several of you joined me on Facebook and Twitter and it was fun to have you along!). I sat on a dune, closed my eyes and listened to the Pacific (did you know that waves are louder going out—that scraping of the sand—than they are coming in?). On the way back inland, I had to stop five times for five separate tribes of little quailies scurrying across the road. I ate oysters. I prayed, unrushed. I laid on the beach for as long as I wanted without having to be anywhere next.

And, despite the 691 new messages in my inbox, the solitude is still a soft cushion around me. Whereas, last Thursday, I gulped lunch while taking care of last-minute to-dos, today I ate my sandwich outside with no greater distraction than the breeze in the leaves and the curious fact that our fig tree has doubled in size since I left.

For anyone who says, “I want to do that!” I’ll offer these few guidelines to seeking solitude that I’ve gleaned over the years.

1)   Be deliberate about your time. Both when you plan your getaway and what you do once you’re there. Last year, I took a retreat before a big conference and was distracted during and overwhelmed afterward. This year, I planned my retreat after the big push and felt much more free.

2)   Be in the moment. I like to have absolutely nothing planned going into my retreats so that I can respond to what I’m feeling led to do in the moment. This time, especially, it felt like exercising a mindfulness muscle; I could feel myself getting more responsive to the call of the present moment as time went on.

3)   Pack light. I am a chronic overpacker. But on solo retreats it’s better to have not enough than too much. Too much gives you an excuse to stuff the hours full of should-dos. Not enough forces you to make do with (and be delighted by) what’s already there … like when I had some time to spare and tilted back my head only to notice tufts of fog were advancing on the blue sky. I ended up “playing” with the shapes for a good 15 minutes.

4)   Stay simple. Where you stay doesn’t have to be grand either. I favor hermitages, monasteries and retreat houses, all of which offer humble accommodations at super affordable prices.

It’s important to recognize that pursuing solitude is different than taking a business trip alone. It’s deliberately removing yourself from external interactions so you can hear yourself more clearly and delve down into the essence of you. If, as you read through this, you feel a flutter of curiosity, here's a place to start. No matter what you want to get out of your retreat or what your faith or belief, odds are there's a quiet refuge on this listing that's just right for you.