Nourishing Issues 2011: The Evolution of Local

This is part 2 in our Nourishing Issues 2011 series, in which we're spotlighting a few key topics: food safety, local food and nutrition. The list could be much longer, of course, but these are three biggies that we’re sure to revisit throughout the year. 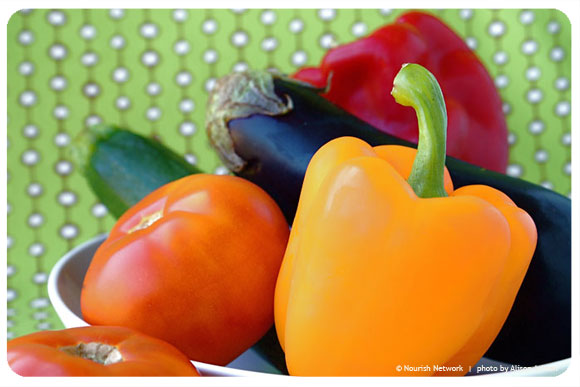 At NOURISH Evolution, we're all about enjoying local food. It's fresh, seasonal, inspiring fare that supports farmers in your community and a safe, sustainable food system. But over the last few months, we've seen some interesting developments in the local-food movement.

There are certainly many signs of local food going mainstream. Overall, that's a good thing, because it encourages continued growth of local production. It's a top trend among chefs, according to the National Restaurant Association’s “What’s Hot in 2011” chef survey in which locally sourced meat, seafood and produce topped the list (closely followed by sustainability). That's hardly surprising when you consider a Penn State University study that found diners are willing to pay almost 20% more for dishes made with local fare.

Local food has become such a hot-button issue that large corporations are looking for ways to jump on the bandwagon. Last year, McDonalds worked with the Italian government to create the “McItaly” burger made with 100% beef sourced from within Italy. Italian critics were not impressed–hardly a surprising reaction in the country that birthed the Slow Food Movement when McDonalds opened in the heart of Rome 20 years ago. Here at home, the fast-food giant launched its From Here microsite to show Washington State patrons how much of their Happy Meals are sourced within the state, including potatoes, apples, milk and fish. But it doesn’t address questions like whether that 43 million pounds of Pacific Northwest fish is sustainably sourced, which prompted accusations of localwashing.

Last fall, America's mega-retailer Wal-Mart announced a global initiative to source more produce from small- and medium-size farmers, pledging to double sales of locally sourced crops in the U.S. alone. How this will play out for farmers and consumers remains to be seen. One question that comes to my mind is whether farmers will get fair prices for their goods. Wal-Mart is known for driving hard bargains with its vendors in order to ensure rock-bottom prices for patrons.

We’ve also seen outright abuses of the local-food trend. A few months ago, we reported on Los Angeles-area farmers’ market vendors caught selling wholesale warehouse-sourced produce (from as far away as Mexico) as “local.” Stunts like these make consumers confused and wary, and could undermine reputable local growers.

Of course, “local” is a loosely defined term when it comes to food. The Locavore movement, which launched in San Francisco in 2005, defined it as food that was grown and harvested within a 100-mile radius of where you live. But the 2008 Food, Conservation and Energy Act adopted by Congress is much broader, defining “locally or regionally produced agricultural food product” as being sold within less than 400 miles from its origin or within the state in which it is produced. In large states like Texas or California, that means your food can come from much farther than 400 miles and still be considered local or regional. Hmm, by that definition, the Los Angeles farmers' market vendors selling produce from Mexico might, technically, have been selling regional food, even if shoppers didn't agree.

But the expansion of “local” to embrace regional isn't necessarily a bad thing. As Barry Estabrook noted in his Politics of the Plate blog, a strong regional food system may be the most realistic and sustainable solution. And, really, when it comes down to it, we support anything that brings safe, sustainable, affordable food to America’s tables, whether it's as local as your own back garden or sustainably produced fare from your region.

Also in this series:

What Will It Take to Make Our Food Safe?

The Economics of Local Food

These days, you can buy local food in many places: farmers’ markets, CSAs, even the supermarket. Which is the best deal for consumers and farmers alike?

How “Local” is Your Local Food?

The LA Times reports that vendors selling wholesale produce at Southern California farmers’ markets is more widespread than anyone thought.